UK-based soprano and vocal pedagogue (Royal Northern College of Music and Coventry University) Juliana Yaffé established herself as one of the finest female song recitalists devoted to a genre of solo vocal recital last championed by the famous Dutch soprano Elly Ameling. The intimacy of poetic expression, and the subtlety of interpretation in Ms. Yaffé’s performances have won her acclaim from both professionals and audiences all over the world.

In addition, her repertoire encompassed over thirty opera roles (having spent twelve years engaged in various German and American opera houses), most of the major oratorio solos, as well as a broad cross-section of the Italian, French, German and American art song literature. She is currently active in worldwide performances and lectures in connection with her foundation-funded Yiddish Folksong Project, as well as with English composer Tom Williams’ Meditations on a Landscape — written especially for Juliana — for voice, fixed media, and live electronics (recently performed in New York, Leeds, York, Hull, Leicester, and Coventry). 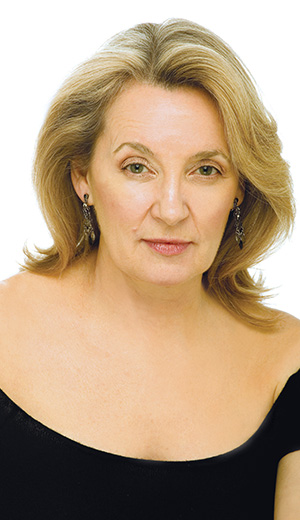 Her global performance/lecture tour of the Yiddish Folksong Project (exclusive performances of the arrangements by the late conductor-arranger-composer Robert De Cormier) has brought her to the U.S. (New York, Portsmouth, Chicago, San Antonio), the UK (London, Leeds, Cambridge, Coventry, Manchester, Nottingham, Bristol, York, Bath, Wolverhampton, Rugby), as well as Warsaw (Poland), and Bratislava (Slovakia). In January 2020, her recording of eighteen (Volume I) of the forty-four Yiddish folksong arrangements by De Cormier will be released. The recording will be accompanied by the newly published anthology of the same eighteen songs. The Anthology, Volume I will also be the first-ever pedagogically conceived edition of Yiddish folksong arrangements intended for trained singers and voice tutors.

Born in Texas, Ms. Janes-Yaffé received her degrees in Vocal Performance and Music Education from Southern Methodist University, and, soon after, was engaged as a full-time principal soprano at the opera house in Münster, Germany.

In the twelve years following, she was a fully contracted solo artist also in the opera houses of Essen and Stuttgart. Guest engagements found her in San Francisco, New York, Darmstadt, Aachen, Osnabrück, Kassel, Berlin, and Miami. In 1992, she resumed her studies, receiving her Master of Music degree from Boston University, where, as a Dean's Scholar, she was a protégé of the renowned Phyllis Curtin. During that period, she also served as a vocal instructor both in the Boston University School of Fine Arts as well as its Tanglewood Institute.

She has recorded (with her husband, conductor/pianist John Yaffé) songs of Stefano Donaudy and Lee Hoiby along with the first European recording of Arnold Schönberg’s Brettl-Lider (Cabaret Songs), for Südwestfunk Radio (Germany). Alongside her performing activities, she has been a long-time voice tutor and Liaison to the Chair for Vocal Studies at the Mannes College The New School for Music, Preparatory Division, and was for many years on the staff of New York University, where she trained conservatoire students for work in the Broadway musical theatre genre and headed the classical pathway modules in German and French Lyric Diction for Singers. From 1995, she also maintained a private voice studio in New York City. In the past several years she has also become known for her work in the area of recuperative vocal technique, with numerous singers sent to her by established laryngologists and speech therapists. She currently resides in Birmingham, England, her base for teaching and touring.

Read an Interview with
Juliana Yaffé